CB3 Communications Blog
The art and science of communications: From strategic to personal

CB3 went Corpus Christi last night, where Johnny Ryan, once again, gave an erudite and entertaining lecture on the development of the internet and its contribution to the spreading of ideologies.

The facts that the Internet is a public utility, despite its military birth, and that the user is rapidly becoming king, point to a growing truism that the traditional, post-Gutenberg era of largely one-way communication is coming to an end.  As Johnny pointed out:

Yet, during a discussion within a group of people in a debate or in the pub, what does one need to ensure one’s position and argument gains traction?  Credibility, knowledge, articulation, dexterity, flexibility of approach, the ability to listen and belief (or appeareance of) in that position or argument.  These are some of the basics of social interaction – and they apply equally on the web. 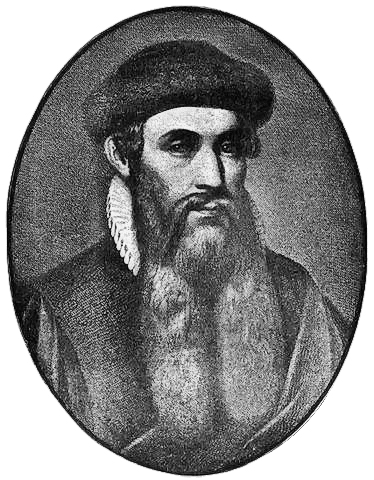 Gutenberg - Before him we discussed things

As cutting edge as new media maybe, it is bringing information and communication full circle, back to the pre-Gutenberg days.  Pushing information; ‘spray and pray’; one-way comms – these are limited in Web 2.0.  Good, old-fashioned discussion is the way ahead, and those who have the attributes to prevail in discussion will succeed in educating, messaging, communicating.  Those planning strategic communication campaigns, even in the remotest parts of the world (you would be surprised at how many 3G mobile phones there are in Afghanistan) must take this into account.

Encouraged by the leadership of the

Obama administration, there is hope that soft power and consensus may pervade the thinking of ‘Western’ foreign policy. We may, at last, see the ideology of Joseph Nye (Paradox of American Power, Powers to Lead) seeping through the US administration, and percolating throughout ‘Western’ foreign policy (although, some already claim to embrace it, eg, the European Union).  As PR Week (Opinion, 16 Jan) proclaimed, as this wind of change blows through, the PR profession may reap rewards.

However, when it comes to strategic communications and public diplomacy, senior leaderships of the West have all too often failed to ‘get it’. Despite a general recognition that, in a globalised world, domestic and foreign policy are inextricably linked, government interest and expenditure in communications wane dramatically once publics fall outside domestic borders.  This problem exists in national management structures and within multilateral organisations as well, as many practitioners in foreign policy communications will attest.

The problem, in CB3’s humble opinion (but based on experience and research), is often due to a lack of understanding, at senior, strategic level, of communications in the foreign policy and development contexts, despite the sterling work of many in public information, public diplomacy, influence activity and information operations. This results in underfunded, ill-planned and outmoded ideas in campaigns that often lack strategic guidance. ‘Hearts and minds’ is a tired cliché, but to nurture effective soft power and consensus in this age of dialogue, the most crucial battle for ‘hearts and minds’ should first be fought not on the global stage but in the corridors of power of government offices, foreign ministries, defence departments and development agencies.

You know what it’s like – some bad stuff happens somewhere, the ‘international community/coalition of the willing’ occasionally decide, for whatever reason, to do a little bit of liberal intervention, ‘nation building’ gets on the agenda, and the establishment of a free media is pushed hard. However, it is often forgotten, or at best an afterthought, to involve communications as a direct contributor to the creation or development of democratic government institutions and systems in host nations.  Although the establishment of a free media is well served by many respected NGOs, such as IWPR and Reporters Sans Frontieres, developing or new government institutions and political bodies are often ill-prepared to engage with this free media and the public at large. 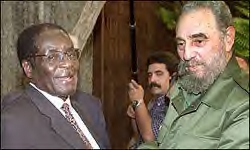 Will their successors be able to handle a free media?

Basically, the demand side of civil and democratic society, i.e. a free media, gets much more attention than the supply side, ie the governments and political parties.  The fantastic work of NGO does often indeed produce a free media but the government (and private) institutions who are required to engage with this media have no idea how to engage with them.  For example, I’m thinking of the notion of a BBC-style Question Time being conducted in DRC or Sudan – it just ain’t going to happen that often (although something similar has been conducted in Sierra Leone).

Let’s face it, many regimes have often had their very own special way of dealing with the media – coercion, blackmail, disapperances, even the banning of any free media whatsover.  So when these regimes change, by force or otherwise, the newly developing government (and private) institutions, often have little cultural legacy, regarding communicating to a free media and the public at large, to draw upon.

‘Nation building’ aims at host nation governments taking on their democratic responsibilities – rule of law, fiscal and monetary regulation, ethical governance, human rights, security etc.  Part of these responsibilities is engagement with its citizens (pretty much a cornerstone of democracy), often via a free media.  Indeed, in relatively stable liberal democracies, considerable investment is made in PR and media training and research, to enable institutions to fulfil this responsibility.  Yet, while NGOs, IGOs and the international community may fall over each other to provide assistance in developing governance, legal institutions, security, economics and media freedom, newly developing institutions are often left to fend for themselves in a rapidly evolving information environment.

It is vital that in international democracy assistance that the needs of both the supply and demand sides of democratic life are invested in.  A free media needs a political system able to engage constructively with it.  When thinking of civil society and the media, those involved in foreign policy intervention, development initiatives and post-conflict reconstruction, need to consider the communication needs, expertise, resources and training, of the very institutions they purport to be helping develop.

Reply
FOR THE NEW BLOGSITE CLICK BELOW www.cb3communications.com
"Public discourse is like a public swimming pool; most of the noise comes from the shallow end." Anon
Picture of the Month

For more discussion visit us here:

Error: Twitter did not respond. Please wait a few minutes and refresh this page.